Let’s discover the elegant Pest side and stroll around Heroes’ square, City Park, Andrássy Avenue, the Opera House, the St. Stephen’s Basilica and the Parliament. Join my Pest Walking Tour if you’re about to reveal all the secrets of this young and beautiful metropolis.

Pest represents wealth and chic. Most of the buildings and the city’s structure originate from the 19th century when Hungary was part of the large and extremely rich Austro-Hungarian Empire. I’d like to show you the most beautiful palaces and monuments from that period.

We’ll start our walk at the monumental Heroes square, because I’d like to tell you more about our country’s history of over 1100 years. I’ll show you around the City Park, which is famous for the city’s largest bathhouse, the Budapest Zoo and the fairy tale Vajdahunyad castle. We’ll stroll around the Budapesters’ favourite park, so that you can absorb its special atmosphere.

Later, we’ll take Europe’s second oldest, 120-year-old Millennium Underground to get back to the city center, I’ll take you to the State Opera House. I’ll show you around the main foyer and will also share with you all the secrets of this very special building. We’ll visit the largest and richest church of Budapest, the St. Stephen’s Basilica. We’ll tour around the city center. You’ll see WW2 and Communist memorials and the neighborhood of the Liberty square.

I’ll introduce you the Parliament building which most probably is one of Budapest’s symbols. I’ll tell you everything you need to know about Europe’s second largest Parliament. We’ll then take a walk along the famous Danube Promenade, I’ll also take you to the Shoe Memorial at the river. 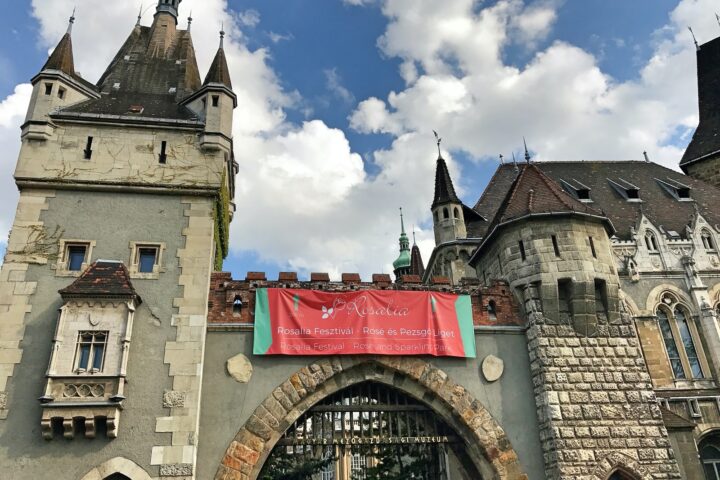 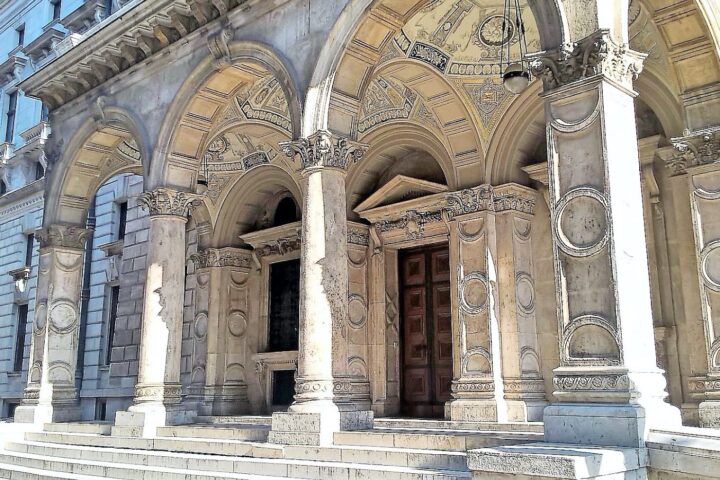 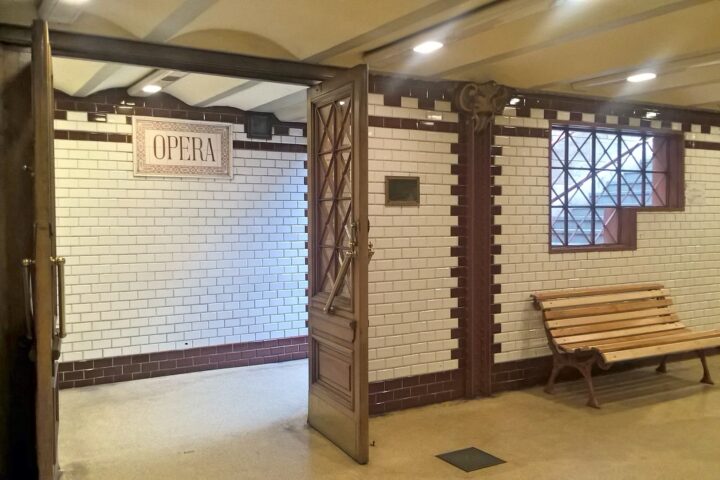 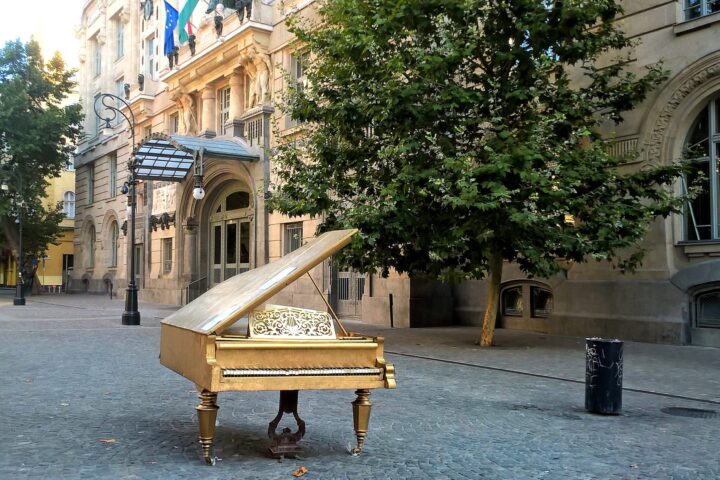 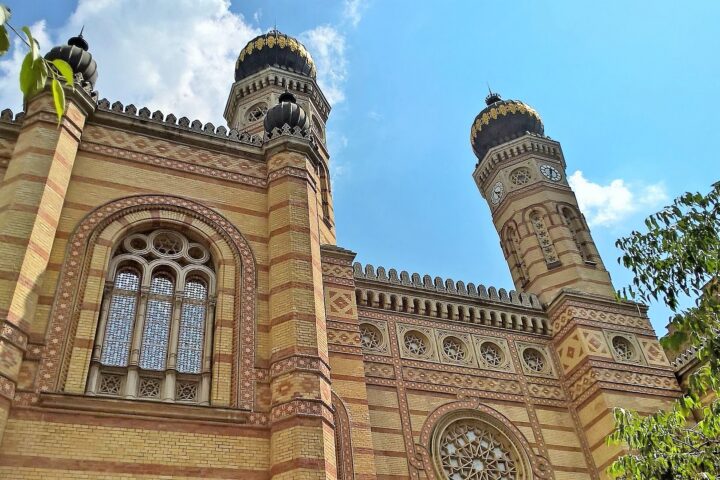 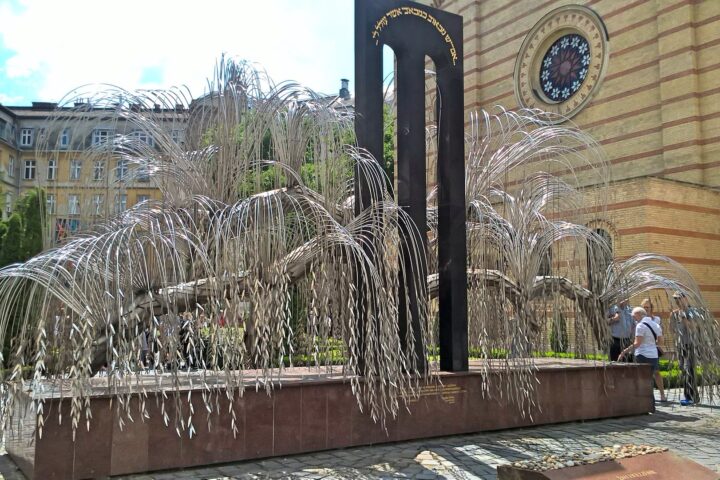 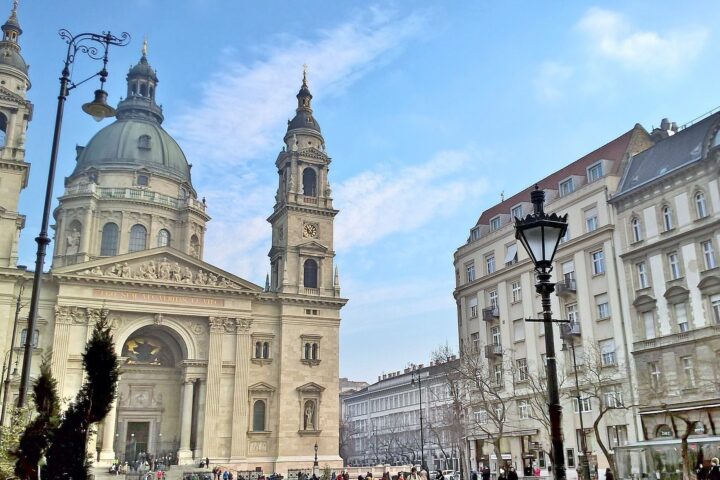 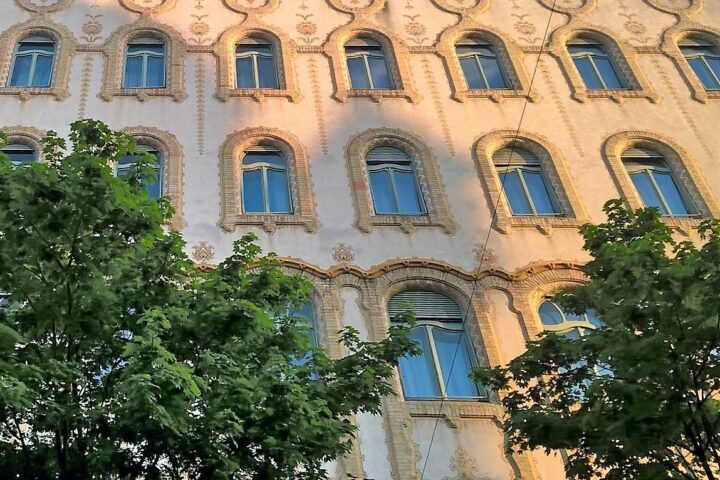 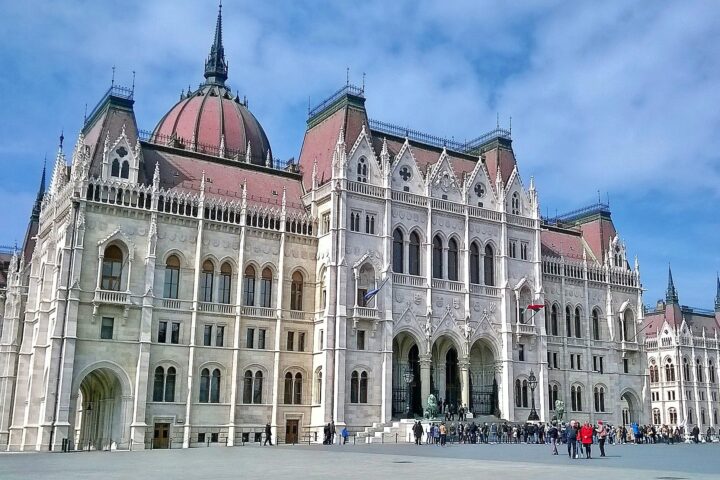 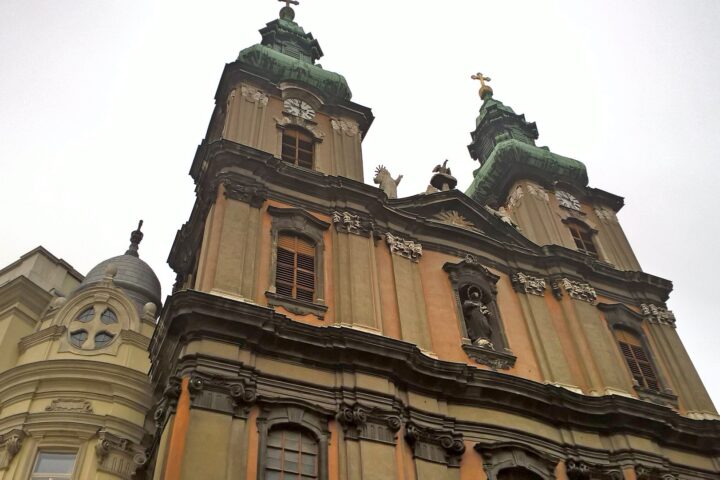 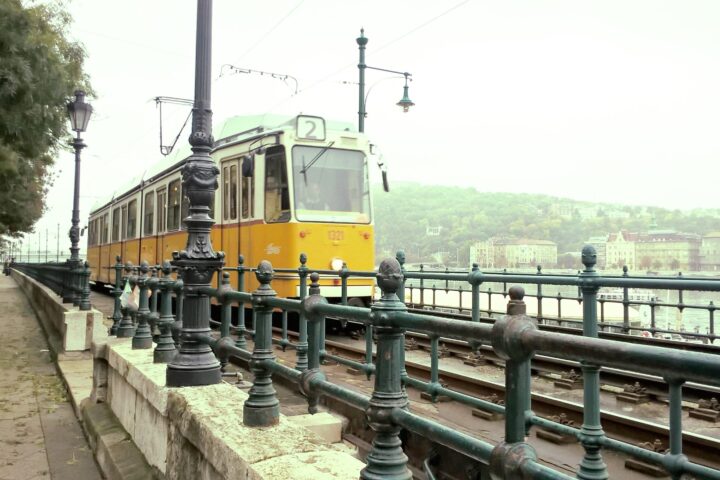 All the above tours are private tours for you and for your family and friends only. The prices are for a group of maximum 4 people. Please let me know if you need a quote for more people.

Would you please contact me if you experience problems with your booking or if you’d like to book a tour on a day when I’m not available. 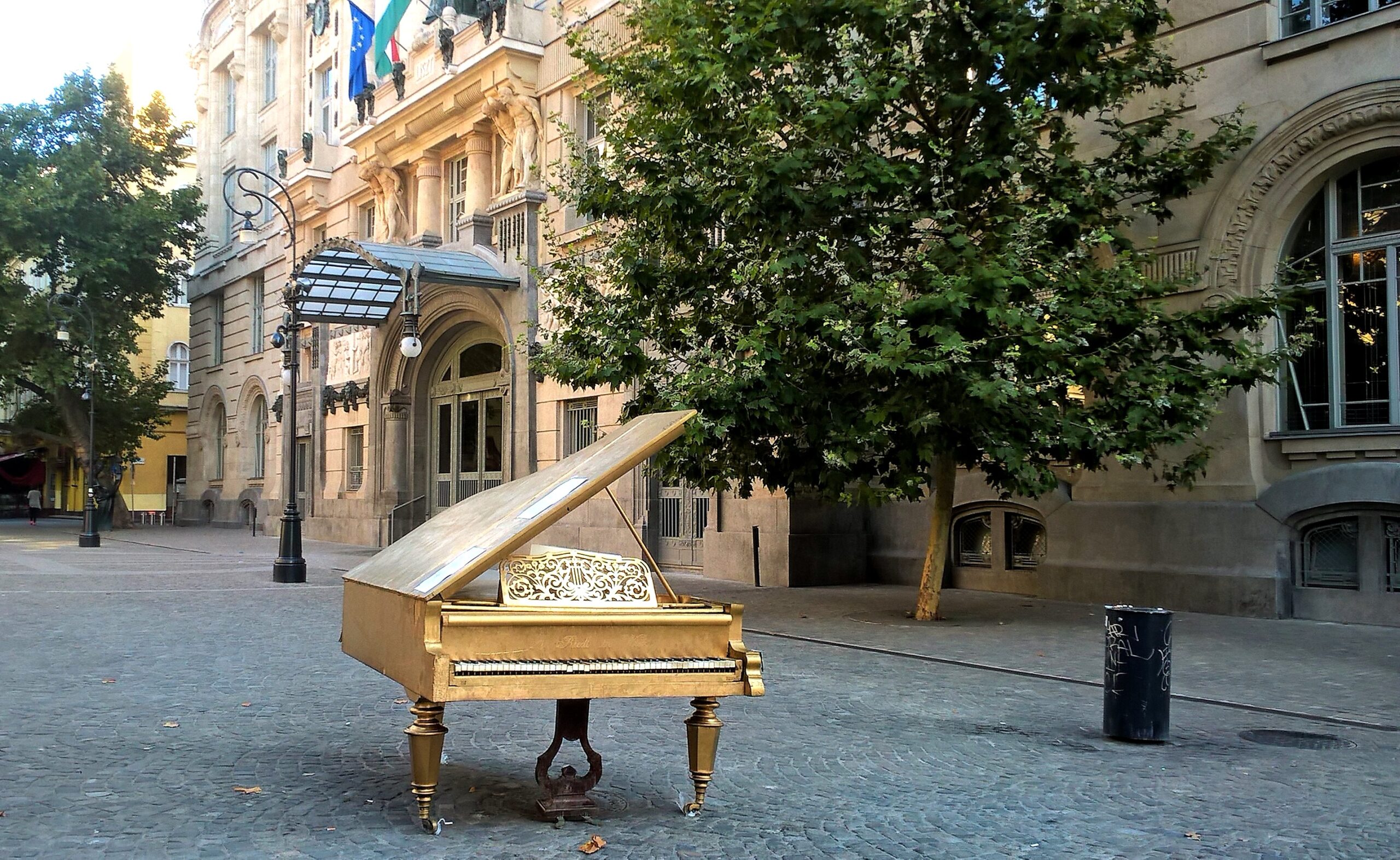 Our PR agency spent one weekend in Budapest – a team of 5 people – we wanted to celebrate a challenging business year in this beautiful city so close (and connected) to Vienna. We contacted Julia as we wanted to get some really good insights for Budapest, yet we did not have so much time – so we booked 3 hours with her. Julia took us on an outstanding tour in Budapest – I have never met such a dedicated, experienced and in the meantime passionate tour guide / a person loving her home country – every minute with Julia was interesting and exciting, she gave us such a vivid impression of Budapest from its interesting history / culture / architecture – connecting to todays story .. To be with a tour guides like her is pure luck, thank you Julia for this wonderfuld day – we would book her again and can only recommend to anyone who really wants to get a great insight to Budapest.

Thanks so much for your very comprehensive walking tour of Pest. We saw and learned so much about the buildings, the history and the politics of Hungary. We were all moved by your stories of the Jewish ghetto during WWII. It was not just a dry tour of buildings and dates in history, but about the people and the struggles of a country that sits in the middle of Europe. I highly recommend Julia for her private tours.

Knowledgeable guide to interesting points in Budapest. Julia was recommended by a friend who had previously toured with her. Julia pointed out key landmarks and provided information about places that tourists might pass right by. Her stories of Budapest history and the history of Hungary enriched the experience. Our walking tour started at the chain bridge and wound through the Pest side of the river. We were able to walk at our own pace, including a stop for coffee and strudel. Our tour with a small group of friends was a wonderful way to get acquainted with Budapest on our first day in the city. The background that Julia provided helped us plan out the rest of our visit in Budapest. I highly recommend Julia.

My wife and I met Julia two years ago when she gave us a tour on our first visit to Budapest. She turned out to be our guide on another tour outside of Budapest arranged for our tour group. We had such a good experience then that when we returned this May we made sure to book a tour with Julia for ourselves and two other couples we were traveling with. Everyone agreed it was the best tour of our trip (after a week with Viking River cruises).

What makes Julia’s tour so special is that she quickly connects with you on a personal level so that she can provide context and insights that are of interest to you. She could tell we related more to current politics and recent (20th century) history than to Hapsburg history, so she spent more time on her history growing up during cold war and her grandmother’s experience during WWII as well as today’s politics and the rise of populist candidates and the new nationalism. She has a wide range of knowledge of the history and can show you some special little places to visit as well.

I highly recommend her tours, but book early: we tried several months in advance for a particular day and she was already booked, but by being flexible we were able to get her one day earlier and were very glad we did. We hope to be back again for another tour with Julia in the future.

January 28th 2016, Julia took me and my lady friend on a wonderful four hour walking tour of Budapest. This is my first experience with a personal tour guide, and to tell the truth I didn’t know what to expect. I contacted Julia via email about a week before I arrived to Hungary. Once the date and time had been agreed upon, Julia said she would be waiting in the lobby of our hotel. Not only was Julia early for our appointed time, but she also sent email reminders in the days leading up to the 28th.
The tour got under way and within minutes I was very please to have hired Julia as our personal guide. Julia’s enthusiasm, knowledge of Budapest, and willingness to answer all questions was nothing short of impressive. She was happy to tailor the tour to our liking, and it was perfect to have someone lead us around so we could focus on the beauty of the city as we learned about it, as opposed to getting lost or trying to figure out city transportation. After a wonderful stroll through the city the tour ended at Budapest Central Market, a marvelous building where Julia arranged to have us sample paprika infused Hungarian sausage.
The tour was great, Budapest is phenomenal and the sausage delicious.
I highly recommend Julia Kravianszky. Her email is jkravianszky@gmail.com.
Enjoy!

Thank you Julia. Friendly, knowledgeable, accommodating and patient. Very honest. Rang her the night before and she met me in my hotel foyer. Remember me Julia? David from Australia. We saw the law students on their graduation 🙂

Budapest was amazing thanks to Julia Kravianszky. We were a family of 4 at the end of a 10 day Europe holiday & a bit toured out. Julia was a breath of fresh air & such a great tour guide we booked her for another day. Julia has a wealth of knowledge about her city, the history of Budapest and it’s contribution to Europe’s history & she knows the current hot spots to visit. I highly recommend Julia for any age or business group. Julia’s enthusiasm is contagious & you will leave her tour wanting to spend another day with her. Julia was prompt, prepared for the day and had a great itinerary planned to best utilize our time with her.Many tours just take you to the outside of landmark buildings but Julia takes you in and gives you information you would otherwise miss. Ask Julia about a 2 day tour seeing both Buda & Pest. Julia’s tours are a great value & you will be so happy exploring the city with her!

Julia you are fabulous,always smiling ^^ Thanks for all 🙂 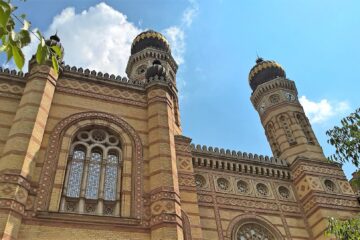 Budapest has always been proud of the
Easy
4 hours 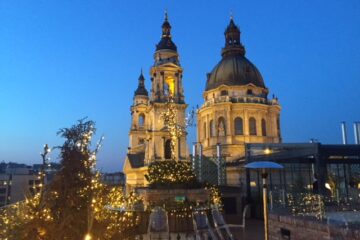 THE LIGHTS OF BUDAPEST BY CAR AND BOAT

Book the Budapest by night tour if you
Easy
3 hours 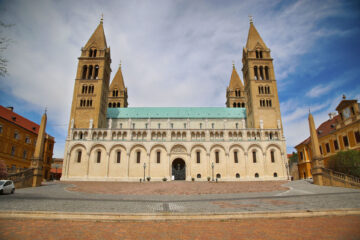